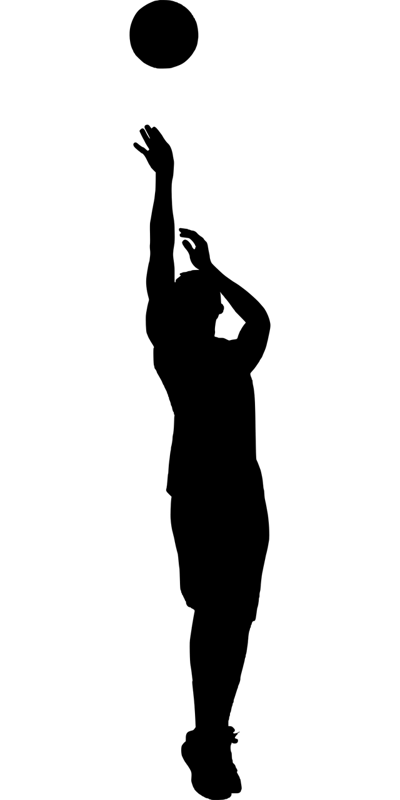 Back in action Thursday, Nov. 11 were the 8th grade Lady Bengal basketball teams of Clay Center Community Middle School as they dropped two to Chapman.

Despite a 41-19 “A'' team loss, CCCMS put forward a balanced scoring attack led by Miley McGee with six. Boston Craig had five points, while Braylee Langvardt put up four. Adding two each were Kylie Pfizenmaier and Savanah Bloomdahl. Baer of Chapman led all scorers with half of her team’s points at a whopping 22.

“We made our free throws in the first half,” said Head Coach Dick Ahlberg, “but went cold in the second. We had too many unforced errors and our ball handling wasn’t very good. We will continue to work on basics: pivoting, passing, and rebounding.”

The difference in the “B” team contest came down to the Lady Bengals being outscored in the first quarter on their way to losing a close 21-15.

“We need to be stronger with the ball at both ends,” said Assistant Coach Traci McDonald.

TOPEKA, Kan., Dec. 7, 2021 /PRNewswire/ -- Motient, a pioneer in patient movement solutions, has extended its partnership with the Kansas Department of Health and Environment (KDHE) and Kansas Department of Emergency Management (KDEM) to facilitate and track emergent interfacility transfers. All Kansas hospitals, along with the addition of state correctional facilities, will continue to be able to use Motient's Mission Control solution to arrange appropriate patient transportation, source destination facilities, and analyze data to improve the patient transfer process. more >>

'One of the top endorsements': In Kansas, Bob Dole could make or break GOP candidates

KANSAS CITY, Mo. — When Kansas Gov. Sam Brownback, already taking heat for income tax cuts that would later tank the state budget, formally filed for re-election at a Statehouse ceremony in May 2014, he made sure Mary Eisenhower and Bob Dole were at his side. The message wasn't subtle. The presence of the granddaughter of Kansas' first and only president, and the man who almost became the ... more >>

Major outage at Amazon disrupts businesses across the US

GAZA CITY, Gaza Strip (AP) — The players race across the pitch on crutches, jostling for the soccer ball and passing it back and forth, their … more >>

The deer heard my footsteps crunching oak leaves as I crested a hill coming up out of the creek bottom. They didn’t make a sound as they darted through the clearing ahead of me. The white of their tails only briefly signaled their retreat before they slipped further into the tree line.

The Marathon of Fall

Earlier this summer after we had finished harvesting our wheat crop and wrapped up planting the rest of our fall crops, my husband casually mentioned that fall harvest would take a while this year. At that time, we had a lot of acres of corn, soybeans and sorghum growing that would all need …

The Staff of Life Lifted by Shrinking Supplies

The Staff of Life Lifted by Shrinking Supplies

Welcome to Sophi Knows. Remember it is not what you eat but what you are Thankful for!

Welcome to Sophi Knows. Enjoy the nice days as it is going to get bitterly cold at night soon.

“Davy Crockett is sometimes recognized for his gun ‘Betsey’ as often as the frontiersman is remembered personally for heroic feats.”

I am inspired this week by an assignment my wife is doing for a Law in Education class. Her assignment was to write about religion in school and particularly release time for religious classes. It is an interesting assignment for her because, unlike most of her class, she grew up in a state …

Teen suicide is a serious issue with the rising number of deaths in the United States happening long before the COVID-19 pandemic. According to the Centers for Disease Control and Prevention (CDC), between 2007-18, the suicide rate for individuals between the ages of 10 and 24 had increased …

The Haiti Kidnapped Missionaries, consider the costs of such trips

The missionaries consisting of sixteen Americans and one Canadian kidnapped by the Haitian “400 Mawozo” gang October 16, is extremely scary. The gang has threatened to kill the humanitarian Christians if a million dollar per person ransom is not fulfilled. The group consists of men, women, c…

The ‘discomfort’ of an open mind

As a Kansas school district pulls 29 books from circulation in its library it seems that too many in this country - spurred on by Republican ideologues - are trying to make ignorance a top priority or, at a minimum, kowtow to pressure from right-wing extremists.

‘Entitled’ is for the privileged few

‘Entitled’ is for the privileged few

I used to have a friend who lived in Paris.

I have been studying up on frightening holiday rumors and found some surprises.