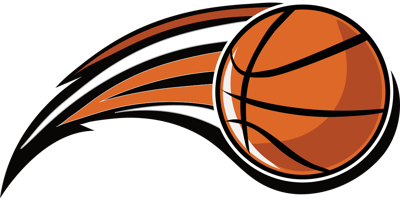 The CCCMS 7th grade girls basketball team picked up a pair of wins over Chapman on Thursday.  In the A-game, Clay Center topped the Irish 36-22, and in a shortened 2-quarter B-game, the Bengals took a 14-6 win.

In the A-game, Chapman got off to a quick start, outscoring the Bengals 6-4 in the first quarter and 7-5 in the second to take a 13-9 lead into halftime.  Chapman used quick ball movement and dribble drives to the basket to catch the Bengals off guard and take the early lead.  The second half saw the Bengals settle in and get their offense on track, closing the gap and taking a 24-22 third quarter lead, outscoring the Irish 15-9.  In the fourth quarter, Clay Center turned up the defensive pressure and held Chapman scoreless while adding 12 more points to the board with solid rebounding and a good transition game.  Lilly Edwards led the Bengal scoring attack with a game-high 23 points, followed by 6 from Raimee Lipker, 4 from Daelynn Rothfuss, and 3 from Raelynn Cranmer.  Eleven Bengals saw action in the game.

We struggled with our lineup changes early in the game, but settled in as the game progressed.  I was very pleased with how the girls adjusted and continued to compete even when our shots weren't falling and we were struggling on defense.  The persistence the girls showed, and the defensive intensity down the stretch was critical for us.  We are continuing to give great effort every night out.  This was a tough week with three games versus tough opponents.

In the B -game, Clay Center started quick, taking a 6-4 first quarter lead.  In the second quarter, the Bengals stretched the lead, outscoring the Irish 8-2 with good defensive play and being more aggressive on the offensive end.   Molly McGee led the Bengal scoring with 8 points, with Taylor Green, Maddie Larson, and Alana Liby each adding 2 points.

Next action for the Bengals will be Tuesday as they travel to Abilene.

How Arkansas’ Birth Rate Compares to the Nation

In the continuation of a longer-term trend stretching back over a decade, the number of births in the U.S. fell by 4% in 2020, pushing the birth rate to its lowest point on record. Experts attribute falling birth rates to the increase in the average age of mothers, as people have been marrying and having […] more >>

How Kansas’ Birth Rate Compares to the Nation

In the continuation of a longer-term trend stretching back over a decade, the number of births in the U.S. fell by 4% in 2020, pushing the birth rate to its lowest point on record. Experts attribute falling birth rates to the increase in the average age of mothers, as people have been marrying and having […] more >>

Airlines cancel some flights after reduced 5G rollout in US

DALLAS (AP) — Some flights to and from the U.S. were canceled on Wednesday even after AT&T and Verizon scaled back the rollout of high-spe… more >>

MADISON, Wis. (AP) — The Navy will let Wisconsin keep its beloved badger statue for 50 more years, scrapping plans to move the sculpture to an… more >>

Deep in the South Pacific, scientists have explored a rare stretch of pristine corals shaped like roses off the coast of Tahiti. The reef is t… more >>

Women in Agriculture Series to be held in Concordia

MANHATTAN — Kansas Farm Bureau (KFB) is continuing in 2022 its recognition of “Sesquicentennial Farms” in conjunction with KFB’s annual “Century Farm” program. The Century Farm program honors farms with ownership of at least 80 acres within the same family for 100 years or more. The Sesquice…

Inflation Flies To Highest Level Since 1982

A Wolf in Sheep’s Clothing

Welcome to the last Sophi Knows

Welcome to the last Sophi Knows for 2021. Be smart and safe if out on New Year's Eve!

Welcome to Sophi Knows. If you haven't started wrapping gifts yet, you still have time!

I am inspired this week by an assignment my wife is doing for a Law in Education class. Her assignment was to write about religion in school and particularly release time for religious classes. It is an interesting assignment for her because, unlike most of her class, she grew up in a state …

No accountability for $1.9 million legal tab

The Republican Party likes to hold itself up as defenders of fiscal austerity and the rule of law, though there has been little evidence to support either in recent years.

Praising what they will never be

On Saturday, October 2 I had to go to the hospital emergency room. The prior Tuesday I had an unusual leg spasm from my left thigh to my groin area. I’ve had pulled muscles from sports off and on and thought it was from exercise or just sitting weird in my recliner.

The Haiti Kidnapped Missionaries, consider the costs of such trips

The missionaries consisting of sixteen Americans and one Canadian kidnapped by the Haitian “400 Mawozo” gang October 16, is extremely scary. The gang has threatened to kill the humanitarian Christians if a million dollar per person ransom is not fulfilled. The group consists of men, women, c…

Infrastructure Bill should be a cakewalk

America needs attention to our infrastructure. It’s pathetic that our Congress and President are having so much trouble putting something together they can agree on. We managed to spend the equivalent of a trillion dollars in today’s currency on the Vietnam war. What did we get for a trillio…

Steady cash flow comes from steady work. If you want money you have to do something that produces money.

Fear-Mongering Does Not Make You Right – only Right-Wing

A principle by which we can live is whenever we find ourselves feeling fear in a persuasion context, then we need to consider that we might be victims of manipulation via fear- mongering. We need to consider the motivations of the person advocating fear. I refer generally to the national deb…

Immigration desperation does not make it right

My husband, Peter, is a man of few colors: black and gray, to be exact.