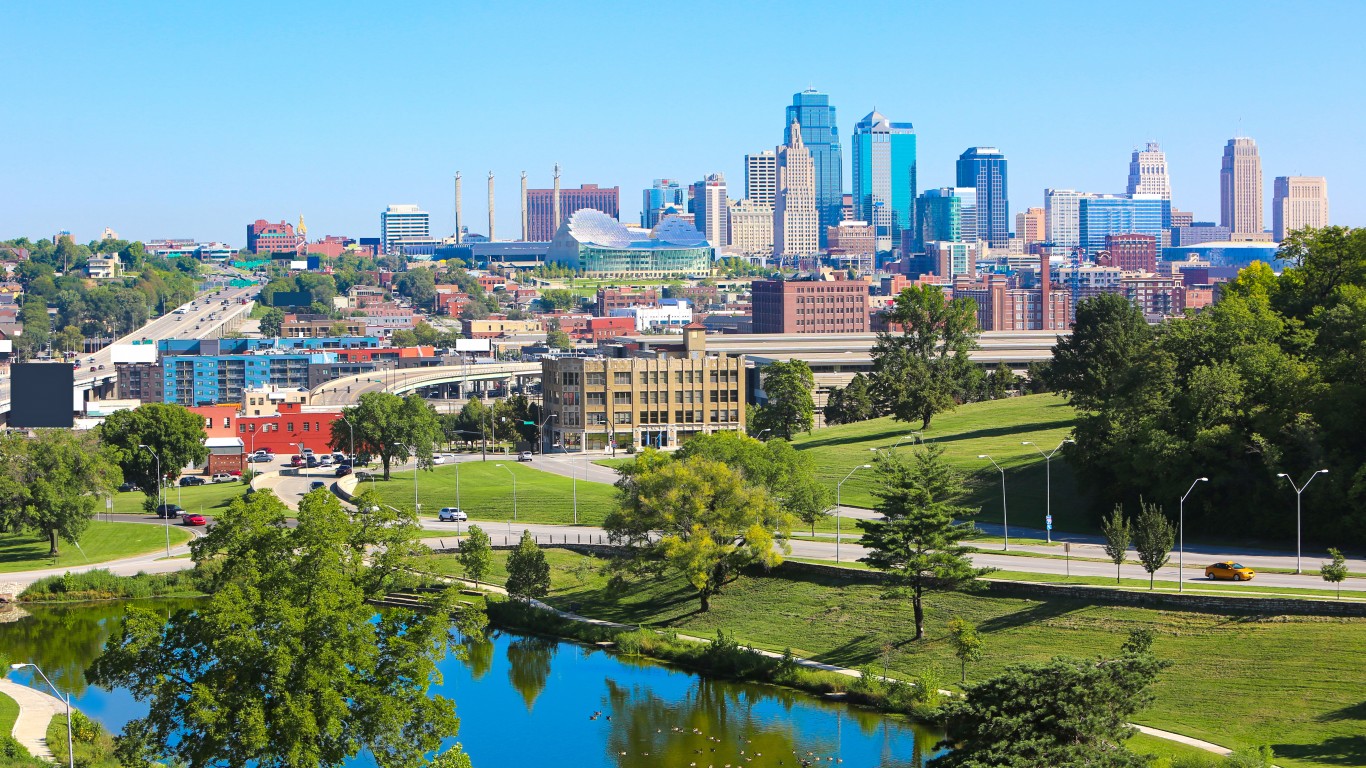 Homeownership is a longstanding aspiration for millions of Americans. According to a Gallup poll, more than nine in every 10 American investors consider owning a home to be either an essential or important component of the American dream. Homeownership can also be one of the best and most practical ways to build wealth -- both through appreciation of equity and tax deductions.

The past year has been historic for the American housing market. A surge in demand, fueled by the COVID-19 pandemic and record-low mortgage rates, helped push the national homeownership rate -- or the share of housing units occupied by their owners -- to 67.9% in the second quarter of 2020, its highest level in over a decade.

Still, homeownership rates vary considerably in the U.S., and in some parts of the country, people are far more likely to own their homes than in others.

According to the U.S. Census Bureau's American Community Survey for 2019, the most recent year of available state level data, Kansas has the 25th lowest homeownership rate among states, at 66.5%. For reference, the national homeownership that year stood at 64.1%.

In Kansas, the typical home is worth an estimated $163,200, less than the national median of $240,500. The low median home price also likely helps explain why homeowners are less likely than average to be paying down a mortgage. An estimated 57.9% of owner-occupied housing units in the state have a standing mortgage, compared to 61.7% nationwide.

This article originally ran on 247wallst.com.

Chilly? Did you say the weather is getting chilly? Well, the CCCHS Junior Class says chilly weather calls for chili soup!

Scare up a good time at Clay Center’s Halloween Howl next Friday, Oct. 29

Everything has its own month, week or day. Here during fall harvest in farm country, it’s fitting to recognize National Co-op Month and the benefits cooperatives provide through membership. We have been recognizing cooperatives nationally since 1964 when U.S. Secretary of Agriculture Orv…

After about a month into fall harvest 2021, area farmers and elevator staff continue to work day and night bringing in the corn, soybeans and grain sorghum or milo. The minimal weekend rains were welcomed and didn’t really keep farmers out of the harvest fields for too long.

Change is the only Constant

Most farmers are analytical by nature. Identifying and solving problems happens every day in the life of a farmer. Setting and accomplishing goals of what needs to be completed in a day’s work is a tangible way to see results. Along with a higher calf crop, reducing debt and increasing net w…

It could certainly be called the end of an era in Clay County when an estimated 200 or more people turned out for the auction of the Noffsinger Veterinary Hospital on Saturday, Sept. 11. The auction included the buildings and land as well as equipment and other items Dr. Clifford Noffsinger …

A LIFE OF LEADERSHIP AND LEGACY

James “Jim” Brown: a life of leadership and legacy

Clint Decker's "Hope for Today" column has appeared on the Friday Church Page of The Dispatch for many years. The monthly or twice-a-month column now appears in the The Dispatch on Mondays.Born in Poughkeepsie, N.Y., Decker was raised in a pastor’s home and is the youngest of four children. …

Welcome back to another week of Sophi knows. This is a good time to change your ac/furnace filters, cover your outside units and unhook hoses.

Welcome to Sophi Knows! Remember it doesn’t hurt in any way to help someone who needs it. No strings, just be that person.

Remembering those in Agriculture during Suicide Prevention Awareness Month

The girls were picking gooseberries in our pasture when they decided to take time out to look for their favorite activity of robbing bird nests.  They were at the far end of our pasture when they saw a big snake under a fallen log.  They immediately found some sticks and began killing the sn…

My Sister Gladys and Our Cousin Maxine